Youngstown State President and former football coach at The Ohio State University visited Northview yesterday, speaking to our Leadership Academy students and student-athletes.  He started with the fact that people ask him all the time whether or not kids these days are different from previous generations.  Mr. Tressel explained that he thinks they have not changed.  Kids, like adults, like to know what is expected of them, and they like competition.  We like to be measured, know where we stand, and how we are doing.  He shared that as a football coach, his staff would grade their players each and every day, for game performances, but also practices, service projects they did together, and more.  Their goal was to grade out, not with an A, which stood for average on their scale, but as an NC, or National Champion level.  He said that if he had a team that was willing to perform at a championship level each and every day, not just on game days, they were going to have a good season.  President Tressel also focused on the idea that leadership is not a title, but action, specifically a willingness to serve others.  He told the roughly 450 students gathered in the gymnasium that his Mom was the best leader he was ever around, loving and serving their family and community, no matter what.  He also encouraged them to choose friends wisely, be involved, and to seek to understand personal finance.  It was an honor to hear and learn from President Tressel as our September Leadership Lunch speaker.  Thank you Mr. Tressel!

Some students sat, some students stood, but everyone showed up and listened intently because they see the value in lending a helping hand it to others.  This year’s danceGOLD, NV’s version of a dance marathon, will benefit people who live in our neighborhoods and during a battle with cancer and the body ravaging treatments that go along with it.  In the end, our students are hoping to write a big check to The Victory Center. #GoCats

They may be kicking back now, but earning National Merit Scholarship Semi-Finalist or Commended Student status is not easy. Congratulations to Hrishi, Mark, and Feross, whose PSAT scores put them in the top handful of senior high school students nationwide. 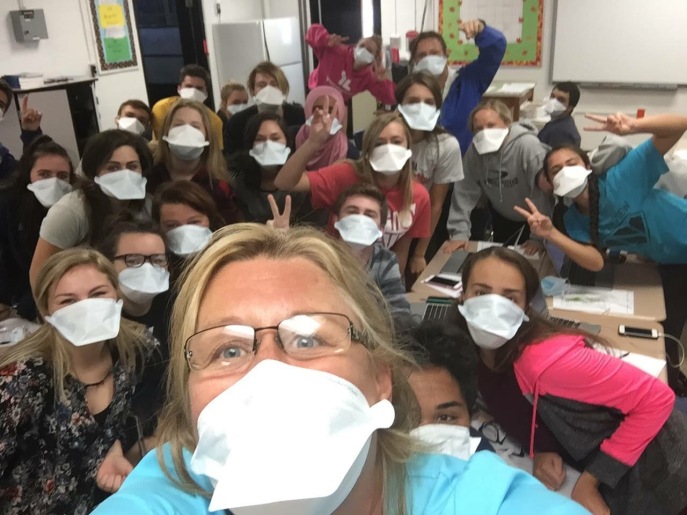 Mrs. Johnson and her Med Techies are building skills, getting ready for their upcoming clinical studies at local health care facilities. 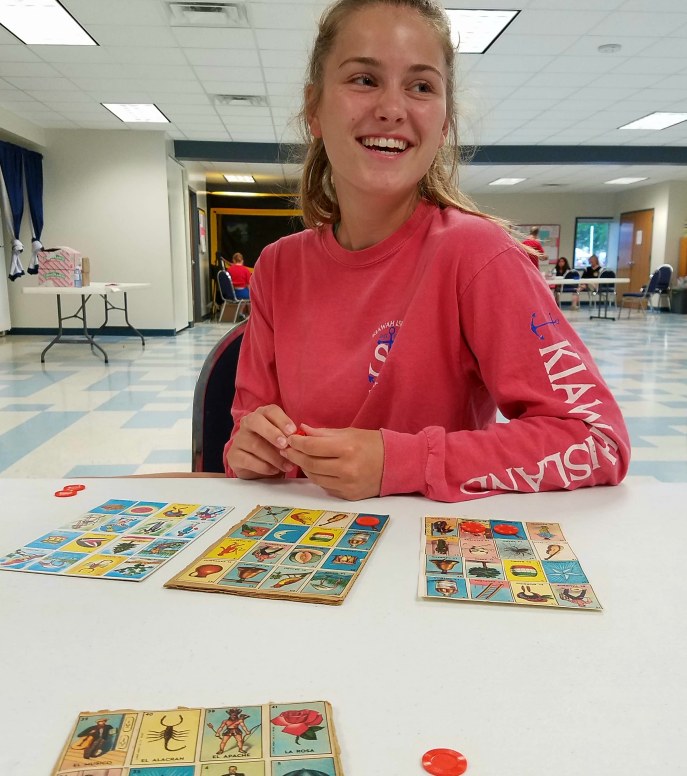 Spanish II and IV students demonstrated one of our core values, building a connected community, recently when they volunteered for Sylvania Area Family Services at their Hispanic heritage celebration.  Students practiced their linguistic skills by leading the loteria, or bingo game, at the festival, speaking in Spanish.  Bueno!

You can see video highlights of the three goals here, here, and here.  Next up for the Cats is Saline High School on the road today. #GoCats